Why Writing Is Not A Waste Of Your Time 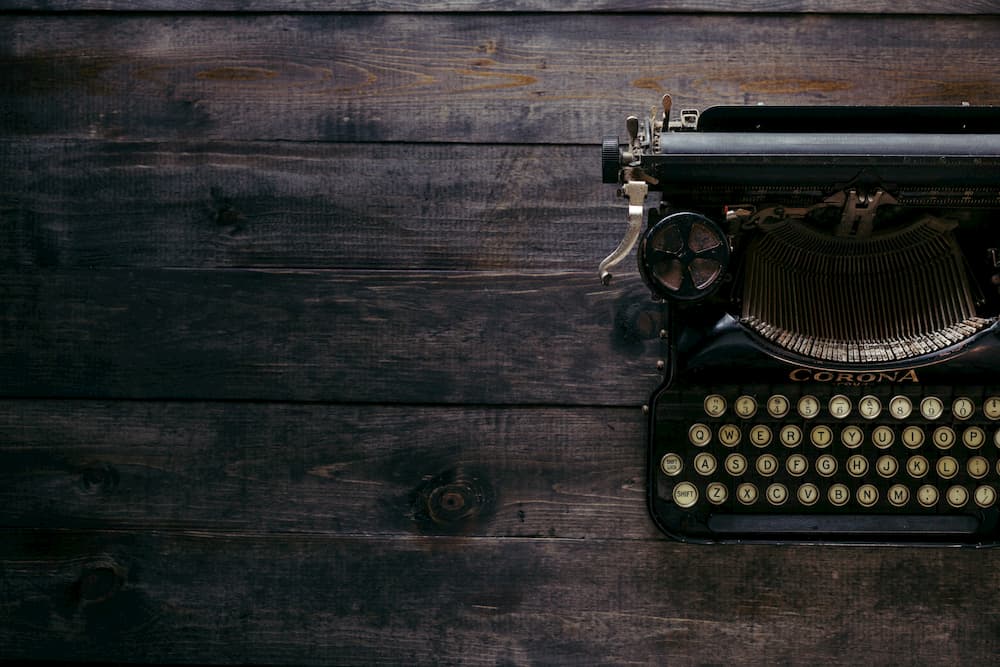 Ever been told that writing is a waste of time?

I mean it’s fine to do it on the side, so long as you focus on more serious pursuits. Right?

That’s what I was told too and for years I believed it. As it turns out, that advice was a load of BS.

Now I know that creative writing is the single most useful skill I could have learnt.
Let me tell you the story of how I ended up writing for a living.

At the age of 18, I graduated from high school, with top grades which, according to the ranking-obsessed Australian university entrance system, would have let me into just about any degree in any university of my choice.

The day after the grades were announced I was in the supermarket with my Mum.

A teacher walked up to us to offer her congratulations.

She turned to me and said: “So what’s it going to be then Marianne? Medicine or Law?”

I shook my head, smiled, and said “neither. I’m going to do an Arts degree. I want to read novels”.

And that’s what I did.

Once at university I took a degree that let me pick and choose stuff I was interested in, creating my own education from a cornucopia (told you I was an English Lit major) of subjects: sociology, psychology, linguistics, film, English, history, and creative writing.

Creative writing was the biggest luxury in that list – it seemed a ridiculous addition to a degree, even for me. It wasn’t like I was going to become a published author or anything.

My friend’s mother warned me “if you were going to write a book you’d have done it by now”. I was 18 so I believed her.

I didn’t take creative writing classes out of some desire to write the definitive novel of our time. I just liked writing and wanted to get better at it. I figured it would be a relief from the more serious academic subjects on my schedule.

So I hunkered down, worked hard (again) and entered the university world head on.

4 years later, I graduated with a first class degree, top of my year, president of the debate society and (this is the kicker) fully qualified to flip burgers for a living.

Turns out an Arts degree isn’t the top of the employability lists. Who’d have thought it?

For a while there I was regretting that decision to take creative writing classes when I could have used that time to use a real skill.

Of course this is not where the story ends. I promised you the story of how writing lead to a real living.

Let’s talk about that part next.

How reading novels can be your best career move

Fastforward a few years and I’d talked my way into a grown-up corporate career, and worked with some of the biggest name companies in the world (of course, I wasn’t writing for a living. There’s no money in writing, right?).

Then a few more years later, I found myself at the helm of a new business.
Suddenly I had to communicate to a whole new audience of people – most of whom didn’t even know who I was.

So I did the only thing I knew how.

I sat down, with a clean piece of paper, picked up a pen and started to write them a story.

Then I wrote another.

I said those things that all of us think, but that only a storyteller is allowed to say.

There were moments I thought “does anyone want to hear that? Can I really say that?” and every one of those moments were the most powerful stories.
Above all, I just wrote.

Now, my business is based on writing.

For the first few years ever connection I made, every client, every opportunity (and every cent) came via my writing. Period.

The single most useful part of my education was the semester where I sat in that creative writing class, my favourite author in front of me taking a guest seminar.

She sat at the head of our round seminar table, short grey hair clipped to perfection. Pursing her lips at our boorish undergraduate attempts at prose:

“It’s not real”, she said, shaking her head, “your writing has to be real.”

“So you lost your bag on the bus and you were annoyed. What does that mean?

I want to hear about your red shoes, the ones with the scuff mark, that pinched your left heel. I want to hear that you were wearing then on the day you lost your bag on the bus.

I want to hear about how you were thinking more about the shoe and the scuff mark than the lost bag and how you wondered if you could go home and change before going to the police station to report your bag and how you knew that was messed up at the time but that’s just the way it was.

I want to hear about the imperfections of your experience, not the surface of the story.”

She was right. Read the best novels, or the most gripping magazine articles, or that blog post that stays with you, and you’ll see – it’s not the plot or ideas that connect with you, it’s the red shoes pinching your heel on a hot day.
That’s a lesson I use every day.

Ever had that moment at a networking event, the one where you’ve just shaken hands with Pete, or Mark, or Roy  – whatever his name he’s the balding man in the checked shirt who always shows up to these things.

Anyway. You’re in the first minute of telling Roy what you do… and you already know he doesn’t care.

What you’re saying has value and if only he got your message then you could help each other.

But even though he is nodding with that polite half smile, you know he doesn’t care and he wishes he was speaking to someone else.

If you run a business, you need people to care.

This is the problem:

Roy doesn’t care about you

Sorry. Sure, he heard your tale of ‘this is what I do and why it’s important’ but he didn’t have a reason to care. Here’s why:

🌟 You don’t get people to care by listing features of your service.

🌟 You don’t get people to care by explaining and preaching reasons this is important.

🌟 You don’t get people to care by speaking in business-speak platitudes.

🌟 You don’t get people to care by copying another person’s style and hoping ‘that works’.

You get people to care by sharing a story that they already care about.
A story about them.

The natural language of humans is ‘story’.

That’s what humans have done since we came down from the trees. Told stories.

If your business is going to rely on humans (and it will), then show them some respect and speak their language.

Speak the human language of stories – stories as real as that day you got on the bus with the scuffed red shoe and the pinched heel. It’s about you, where you are now, connecting with the people you need to reach.

Writing isn’t a waste of time

I know you want people to care about what you do, so forget sticking up ads or adjusting your logo or browsing competitors’ websites. Start with what matters: your people, and you, and the stories you have to share.

Make them real, make them true, make them full of the things you wanted to say to them… but never thought you were allowed to speak.

Above all, start writing.